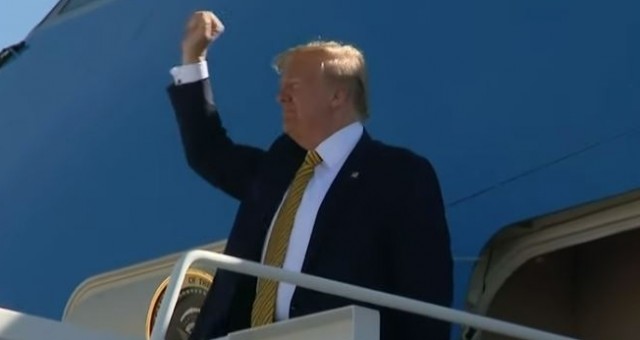 Is there even a possibility that President Donald Trump could flip Oregon to his corner next year?

His reelection campaign certainly thinks so.

Campaign manager Brad Parscale and daughter-in-law Lara Trump were in Oregon Thursday to address the “Timber Unity Movement” and meet with local leaders.

Trending: Watch As Biden Freaks Out On Reporter Who Asked About His Son’s New Kid

A local report noted specifically that the Trump campaign is working to “flip Oregon” next year.

“While Democrats spent the week obsessed with their sham impeachment hearings, @LaraLeaTrump & @parscale were in Oregon. #TeamTrump is laying the groundwork to flip the state in 2020! #KeepAmericaGreat”

While Democrats spent the week obsessed with their sham impeachment hearings, @LaraLeaTrump & @parscale were in Oregon.
#TeamTrump is laying the groundwork to flip the state in 2020!
#KeepAmericaGreat pic.twitter.com/bezhQ83GKB

If President Trump really were so unpopular as the Garbage Party and their lame stream media claim he is, would anyone from his campaign even bother with Oregon? 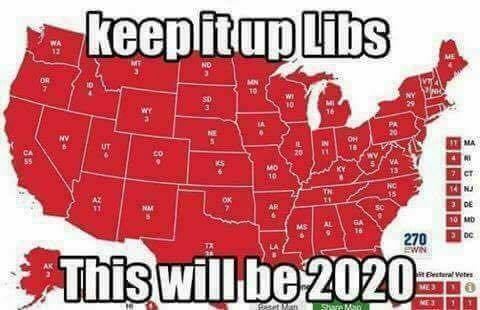 Portions of this article originally appeared at The National Sentinel and was republished with permission.

*Some edits have been made.

Join us at SPREELY if you want REAL NEWS without the leftist censorship!

The leftists at Facebook decided they didn’t like our message, so they removed our page and are censoring us. Help us fight back and subscribe to our newsletter so that you can stay up-to-date with everything Facebook doesn’t want you to see!