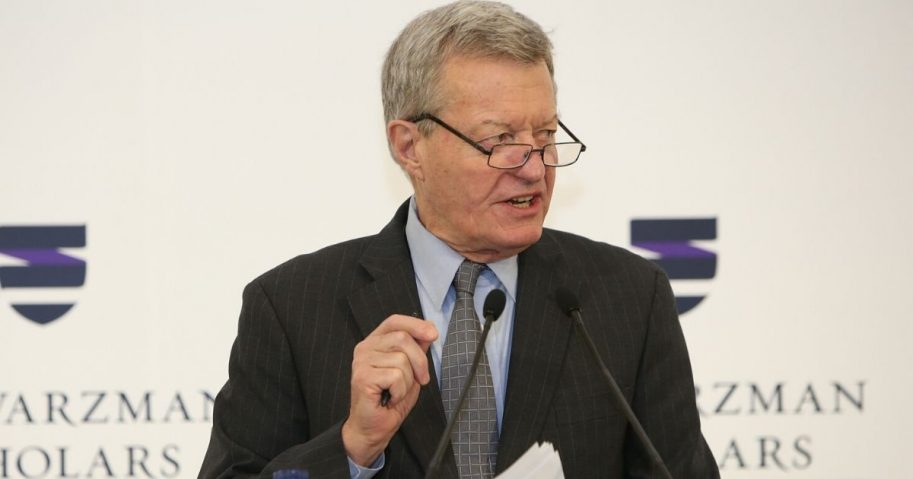 America’s ambassador to China during the final three years of the Obama administration has trashed President Donald Trump in a series of interviews on Chinese state-run media media outlets.

During a May 12 interview with one such outlet, China Global Television Network, Max Baucus invoked former Sen. Joe McCarthy and Adolf Hitler in discussing the Trump administration and its criticisms of China.

“Joe McCarthy [and] Adolf Hitler … rallied people up, making people believe things that were really not true,” Baucus said, according to the Washington Free Beacon.

“The White House and some in Congress are making statements against China that are so over the top and so hypercritical, they are based not on the fact, or if they are based on fact, sheer demagoguery, and that’s what McCarthy did in the 1950s,” added Baucus, who served as the Obama administration’s ambassador to China from 2014 to 2017 following more than 35 years as a Democratic senator from Montana.

The anti-Trump tone continued in a May 14 interview published in the state-run Global Times.

The article said Baucus told the newspaper “the situation in the US now reminded him a little of Germany in the 1930s and the McCarthy era in the US when there was red baiting and lots of people attacking others for being close to the Communist Party.”

The article continued: “At this time of excessive rhetoric against China, if thoughtful people are too afraid to speak up in the US, like what happened in Germany in 1930s, the situation could become even more dangerous, Baucus said.”

Do you think Baucus should have to register as a foreign agent?

“The goal of Donald Trump, the goal of most current senators and the goal of former Vice President Joe Biden is to get elected,” he said.

In a May 15 interview with CGTN, Baucus attacked Trump’s effort to taking a hard-line stance against China.

“There are a lot of pretty smart people in the United States who are not speaking up. People in office, moderates, especially moderates on the Republican side,” Baucus said.

The comments in the Chinese media followed those Baucus made to CNN, which were also publicized by China’s government in the state-run Global Times.

“The administration’s rhetoric is so strong against China, it’s over the top. We’re entering an era which is similar to Joe McCarthy back when he was red-baiting in the State Department and attacking communism, and a little bit like Hitler in the ’30s,” Baucus said.

“A lot of people knew what was going on was wrong. They knew it was wrong, but they didn’t stand up and say anything about it. They felt intimidated,” he added.

“And now in the United States, if anybody says anything reasonable about China, he or she feels intimidated, afraid his head is going to be chopped off.