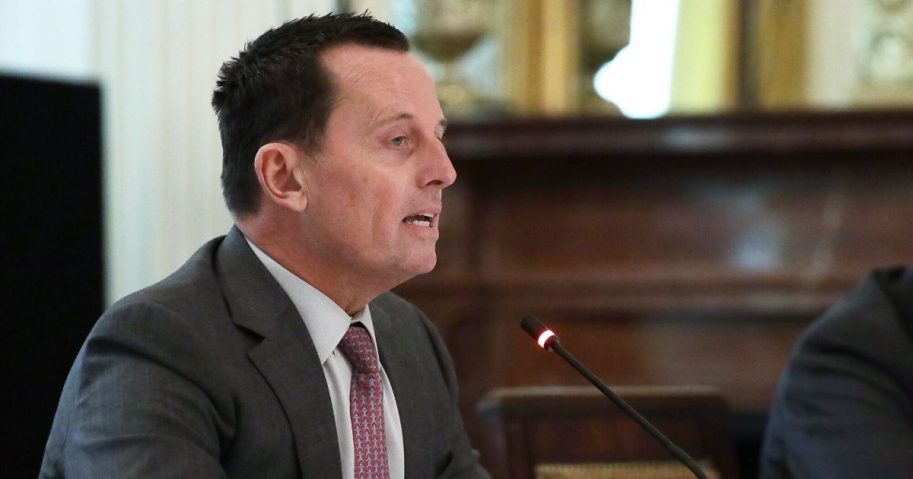 Grenell revealed his plans in an exchange on Twitter with Rep. Eric Swalwell regarding a request Friday from House Intelligence Committee Chairman Adam Schiff for transcripts of the Flynn-Kislyak calls.

Schiff, a Democrat, requested the call transcripts as well as records related to 39 so-called “unmasking” requests that Obama administration officials made for intelligence reports that mentioned Flynn.

Grenell declassified that list earlier this month, and it was released on May 13.

“Those are coming,” Grenell wrote to Swalwell.

“It’s very important for the public to see ALL of them.”

He then took a swipe at the California Democrat, writing that “for too long the public has been misled.”

“Just compare your committee’s transcripts to your public statements!”

Grenell was referring to revelations in transcripts of Obama administration officials’ testimony to the House Intelligence Committee in 2017 and 2018.

Do you want to see these documents declassified?

The transcripts, which were released on May 7, showed that the officials said they had not seen evidence of collusion between the Trump campaign and Russian government.

During that same time period, Schiff, Swalwell and other Democrats publicly claimed that the Trump campaign conspired with Russia.

Those are coming. It’s very important for the public to see ALL of them. For too long the public has been misled. Just compare your committee’s transcripts to your public statements! #troubling https://t.co/gzyNJuQJDY

Grenell said in another tweet that he is working to declassify the documents that are under the control of the intelligence community, or IC.

“The IC doesn’t have all the transcripts/summaries….it wasn’t our product. It’s odd that @AdamSchiff doesn’t know this,” he tweeted. “But I already started the declassification for the few we received. They should be released in full, though. The public deserves to see it.”

The transcript sought by Schiff is from Flynn’s calls with Kislyak on Dec. 29, 2016. The existence of the call was first revealed through a classified leak to Washington Post columnist David Ignatius for a column published on Jan. 12, 2017.

The story set off a chain of events that let the FBI to interview Flynn at the White House on Jan. 24, 2017.

Flynn pleaded guilty to making false statements to the FBI during that interview regarding the substance of his conversation with Kislyak.

He retracted his admission of guilt on Jan. 29, and the Justice Department filed a motion to drop the case on May 8.

Lawmakers have long speculated that the Flynn leak was the result of a so-called unmasking request made by Obama administration officials.

But a list of 39 Obama administration officials who submitted requests for intelligence reports regarding Flynn did not fit the timeline of the call with Kislyak.

It was revealed this week that Flynn’s name was never masked in an intelligence report about his calls with Kislyak. That’s because the FBI was conducting surveillance on Kislyak, and had a transcript of his call with Flynn.

Two former U.S. intelligence officials told The Washington Post on Wednesday that Flynn’s name was never masked in a transcript of the call.

Grenell did not say when the declassification process will be complete.

Content created by The Daily Caller News Foundation is available without charge to any eligible news publisher that can provide a large audience. For licensing opportunities of our original content, please contact licensing@dailycallernewsfoundation.org.

A version of this article appeared on The Daily Caller News Foundation website.